This project is NOT courageous, people... 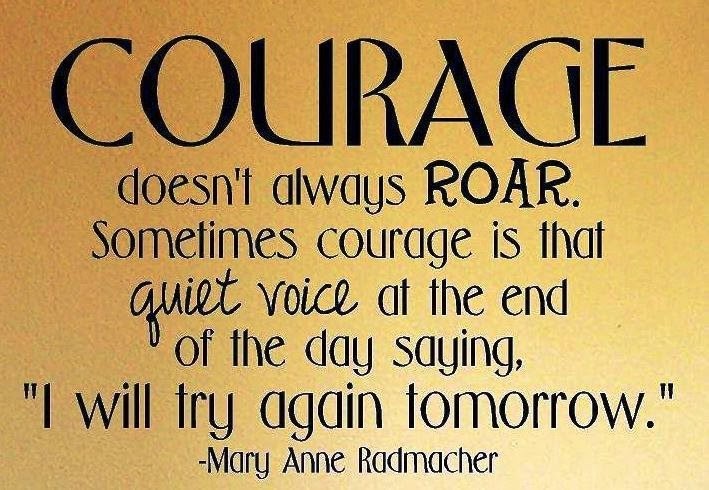 Before we dive in, I had moment #8 of skirt love this morning (if you missed the first 7, sorry you don't live in my head, although its probably better that way...also, remember when # was a number sign instead of a hashtag?). I woke up bleary eyed this morning and went to pull on my skirt to drive our son to school and I didn't have to find the correct hole to put my foot in. Skirts are cool that way. Jump in and go. Got it on backwards? Just spin it around. So awesome.

I'm struggling with this courage subject a bit. Several friends have commented about how brave or courageous this project is. This energy feels really good, and I accept it in the spirit it is being offered, one of encouragement and love. There is certainly an element of courage for me. I define the term courage as experiencing fear and not letting it dictate an outcome, and fear is wrought throughout this project for me.

Courage around the subject of gender in general, and non-conforming specifically is much more like the Mary Anne Radmacher quote above. How many LGBT or non-gender conforming teens will be on the streets tonight because they are not welcome at home due to their gender identity or orientation? How many kids today will hear the message that they throw like a girl? How many trans folks do everything they can with their body to have the face in the mirror align with the self they see in their heart, but can't afford reassignment?

Imagine that for a moment. Every day you wake up from your dreams, and you are herculean, the manliest of men. Then you look in the mirror and see your sister's or your mother's face staring back at you instead of your own. Better yet, read writings from someone who is trans about what that is like. Here's a good one: http://www.sophiagubb.com/what-does-it-feel-like-to-be-transgender/

The personal ping here is that when folks tell me how much male energy I bring to a situation, I can't even hear it. In my head, I've never been man enough, so how could that be possible? Looking in the mirror is not the picture that others see of me because of this distorted self view. What kind of man cries when he leaves his children for a few days on a work trip? What kind of man can't focus on work because he's running grocery lists and errands for the kids in his head? What kind of man fails to protect his children from trauma?

The gap between my experienced world and the reality I'm supposed to inhabit as a Great White Male could swallow the Atlantic Ocean. That's the trap of privilege. Because I'm privileged, I have all this assumed or projected power, but there are costs to that. I'm not supposed to have intimacy with my children. Or my male friends. I'm supposed to provide for my family through monetary income, not food, laundry, and care. And I'm certainly not supposed to wear a skirt. Tell me again where all that freedom is?

To be clear, this trap is NOT the same as the reality every other gender identity in this country endures on a daily basis. The point is that the binary gender mechanisms that oppress women and the LGBTQi Qmmunity leave an invisible wall for the Great White Male, too. That wall supports his privilege. It also distances him from parts of himself. It tells him what he can and cannot do. And until he can see the parts he's cut off from and decide sexism matters to him, it will persist in dismembering him.
Posted by Royce at 8:37 AM